To: Major and legislators from Rio Grande, Tierra del Fuego, Argentina
I am an animal advocate from Argentina. My city is one of the less than a dozen non-killing cities in this country and with a lot of effort on our side we are fighting against big corporations which want to start again with this cruel way to stop animal overpopulation - the wrongly-named "euthanasia".
Just a month ago, some legislators from the city of Rio Grande, province of Tierra del Fuego, in the south of my country, passed an ordinance in which people from that local pound would start catching dogs from the streets using rifles with tranquilizers. They would be kept for 24 hours in the facility and, if they are not rescued from there, would be killed immediately using a gas chamber or poison. This is criminal.
Argentine Animal Welfare Associations have sent emails to the governor of that province, legislators, the major of the city and so on and so forth but they are not listening to anybody. They say they are doing it for the sake of tourism.
This province is visited by thousands of tourists from all over the world because it has famous glaciers on its shores.
Please help us stop this horrible thing 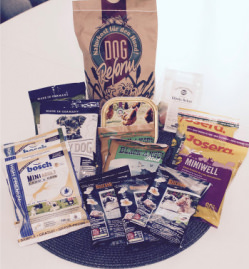